Why so serious? (Edit) 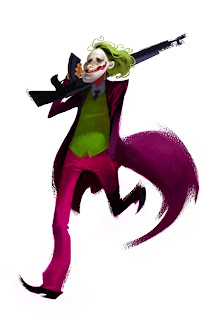 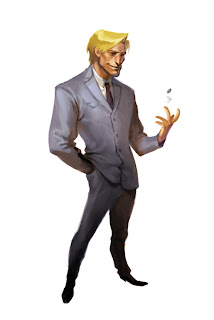 Photoshop CS2
So I ended up watching the movie TWICE, lol. Best damn superhero flick ever! XD The Joker totally stole the show, but Harvey Dent stole my heart! (hawhaw lamest line ever *shoots self*) *Spoilers, highlight to read* Such a tragic character T^T Wish he'd come back in the third film, if they ever make one... I'm so depressed they killed him off. Or did they?? 'Cuz I did some snooping around the net and some people are speculating that he didn't die and they faked the whole funeral, and he was instead shipped off to Arkham Asylum. I really hope so. We need more Two-Face, definitely! *End of spoilers*
Posted by Domee at 17:54

everyone is saying TDK is like the most amazing film, but the question is...is it better than wall-e? I'm going to doubt that, but I have to withhold judgment until I can actually go see TDK lol.

tell me what you think =0

Wow, do they even fall under the same category? XD Kinda hard to compare... Wall-E's a beautifully animated film, but dude...TDK is just..pure adrenaline *__* I'm still reeling from it~ lol

Thanks Anna X) Wow, didn't know you had a blog~ What other secrets have you been keeping from me, hmm? >o>

i'm just someone random who found your blog by chance, hope you don't mind if i link to you :)

yeah~
joker stole the show but i agree
Harvey/two face stole my heart too. lol

The simplicity in the brush strokes for Joker are incredible Domee!